As a supplment to Project EMMA, we new we would eventually need a copious amount of computing power. We looked at ways to create a super computer out of the many spare machine we had lying around and also the possibility of using a network of Playstation 3s. After reading an article about how PS3’s were not quite suitible for rigorous scientific computing (ARTICLE) we decided to try building a cluster using a distribution of Linux called PELICAN.

This was a huge success. We used 4 PCs which booted individually off a pelican boot disc and linked together with ease. We tested the cluster by solving equations in OCTAVE and running fluid flow simulations in GERRIS.

Gerris is a program which analyses fluids in specific geometries based on the time-dependent incompressible variable-density Euler, Stokes or Navier-Stokes equations. The cluster turned a 6 hour job into a 2 hour job. The simulation below is a model of a split pipe with a high pressure input and 2 low pressure outputs. Turbulent areas quickly build up and a bias occurs as the simulation progresses. Preventing this of course is achieved through rounding the corners to maintain approximate lamina flow.

28/03/2010 The UAV dev board v2 from Sparkfun has arrived, a big thanks goes out to Tim Carr at Mindkits for organising this. 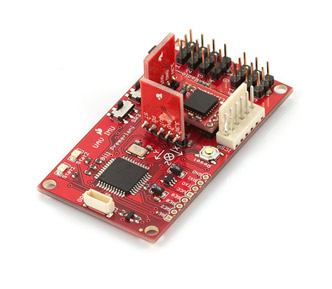 It is intended that this UAV board will provide all of our unmanned flight control and navigation. It has 3 gyroscopes, a triple axis accelerometer and a powerful dsPIC processor.

The other components we ordered this time include:

OpenLog – A tiny Serial to Micro SD card recorder powered by the ATMega 328. This will serve as a black box for our experiments in the likely event of catastophic failure, with flames. 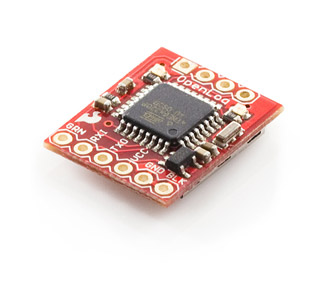 VenusGPS – A 10Hz GPS unit for high speed GPS tracking information; this will hopefully improve the accuracy of the UAV system. We look forward to contributing to the MatrixNav software which powers the UAV board by adding support for this inexpensive but powerful GPS. 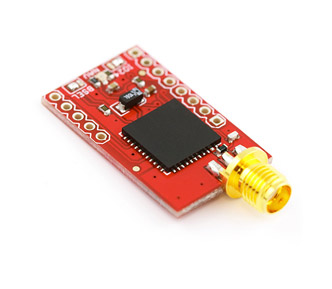 15/04/2010: We have been working hard testing the new electronic components for Auto Launch. The OpenLog works perfectly and as expected. We have successfully logged multiple hours of data to the device and then have been able to plug the MicroSD card directly into the computer and access that data with absolute ease. We highly recommend this device to anyone looking for an all in one serial logging system.

The Venus GPS is also working as expected, outputting NMEA or Binary GPS data 10 times every second. I can’t wait to see what effect this has on the UAV system.

One small downer is the UAV board, we tried a cheaper programmer for the dsPIC and after many many hours attempting to program the dsPIC we have failed and conclude that the programmer is incapable of programming the UAV board. Our attempt to save money on the programmer was not a major problem other than wasted time. We are looking at better supported programmers now like the picKit2 or picKit3, the cost at the moment is a small hindrance, but we will be purchasing one of these shortly.

30/08/2010 Jacques has managed to hack our digital camera. Giving us control of Zoom In/Out, Focus, Capture and Power On/Off via a small breakout board and an Arduino micro controller. This means we can take high resolution (8MP) snap shots remotely via the Arduino-XBee ground station. Images are stored locally and recovered from the camera later. We will post some images from the flight of the PAL MKII Refit soon. 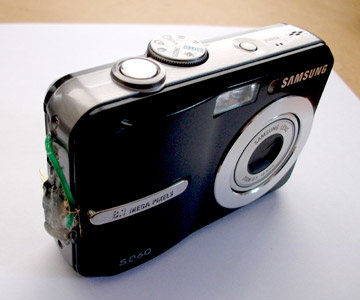